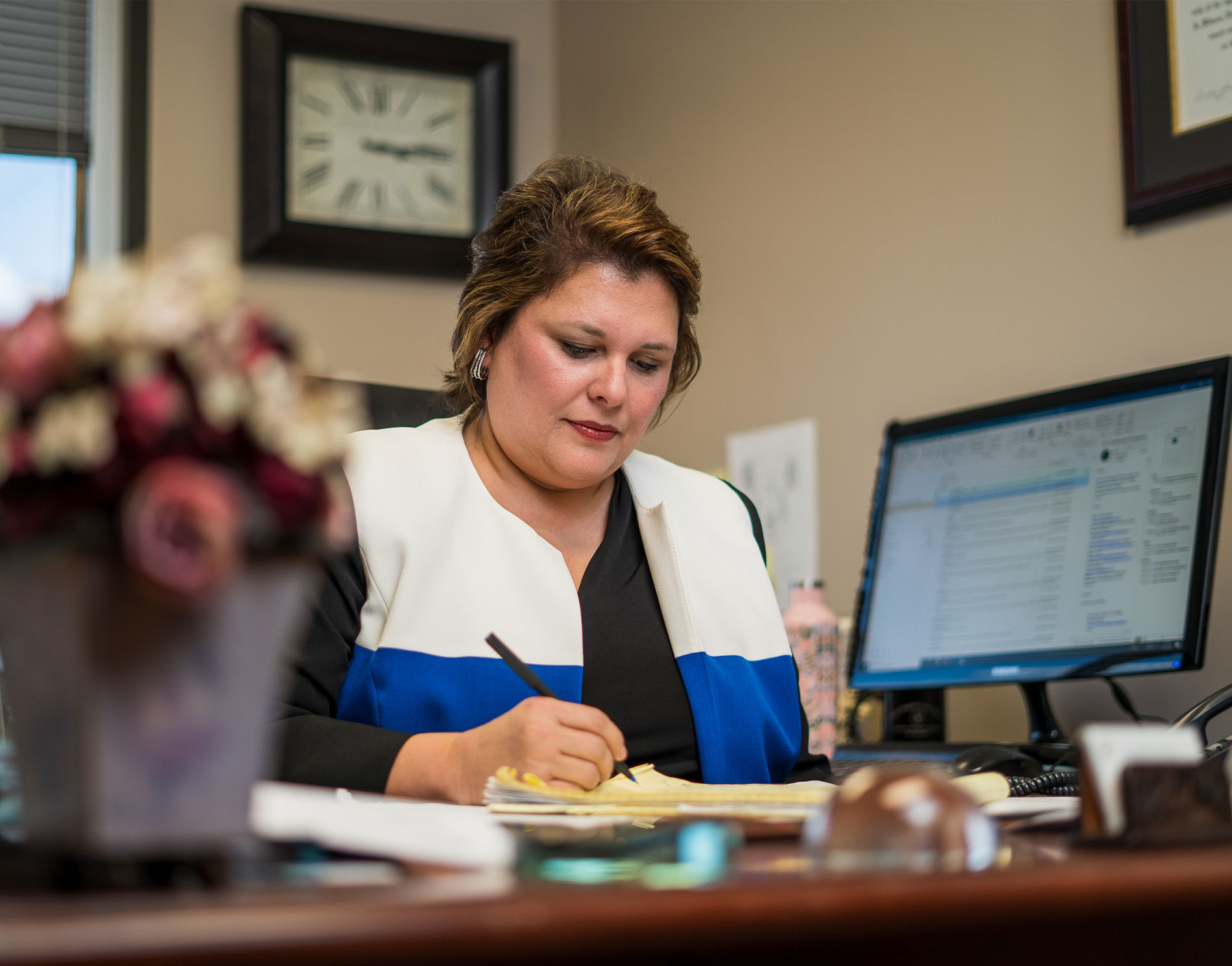 Laura L. Hughes was born and raised in Alice, Texas and before beginning her legal career, she earned her Bachelor of Arts degree in Political Science from Texas A&M University-Kingsville in 1993.

While there Ms. Hughes was involved with Hispanic organizations that led to her desire to pursue a Master’s in Public Administration from Texas A&M University- Corpus Christi where she graduated in 1997.

During this time Ms. Hughes worked for the late U. S. House of Representative Frank Tejeda representing the 28th District of Texas. Further, Ms. Hughes was employed as a legal assistant by Warburton, Adami, McNeill & Paisley, a law firm in Alice, Texas that was established over 100 years ago. There she worked on many cases involving family law, oil & gas and property law.

In 1998, Ms. Hughes moved to Houston to attend Thurgood Marshall School of Law where she graduated with honors in May of 2001. While attending law school, Ms. Hughes worked as a personal injury law clerk at various firms in Houston, Texas and Alice, Texas.

We will only send you important updates and notices.

What Our Clients Say

Mr. Hughes is a very kind man and no better law firm can be found. They return calls very quickly and check on you during the ordeal. If I could I'd give Carlos and his team 100-star ratings!

Carlos is the best personal injury attorney I definitely recommend him if you're in need.

FIll out the form bellow and we wil be right back to you shortly.

© 2022 The Hughes Law Firm. All Rights Reserved. Site Designed By: